This collection of posts are some of my thoughts and discoveries specifically about technology.  I may meander into other tangential topics, but I’ll try to stay focused.  Life, after all, is all about focus.  What was I talking about again? 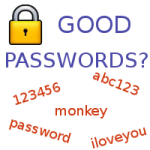 Do you have a good password? January 12, 2016 - This is a really cool tool to test how good your password would hold up to a brute-force attack:   https://www.grc.com/haystack.htm Also, this sums things up:
Microsoft Band Battery Experience December 7, 2014 - When I unboxed my Microsoft Band, it had an 80% charge. I slept with it that night, and it was at 80% in the morning. I threw it on the charger for 30 minutes while I showered, and it was still at 80%. It seems like it really likes 80%! I wore it that day … END_OF_DOCUMENT_TOKEN_TO_BE_REPLACED
Save your phone from the toilet with Microsoft Band December 5, 2014 - Admittedly this is probably not a big problem for most people, but if you find that pulling your phone out at inopportune moments has caused you disaster, then the Microsoft Band may be for you. I know someone who accidentally dropped their phone into a flushing toilet! I had a phone slip from its holster, … END_OF_DOCUMENT_TOKEN_TO_BE_REPLACED
The coolest web forms; November 29, 2014 - I stumbled upon the coolest web form creator called TypeForm. It users interactive imagery to convey a deeper tie between the form and it’s purpose. One great example is a form asking for ones age could display a birthday cake which changes the candles based on the answer, then blows them out. Very cool. I … END_OF_DOCUMENT_TOKEN_TO_BE_REPLACED 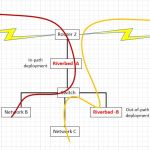 How to pass-through connections on an intermediate Riverbed SteelHead November 13, 2014 - The Riverbed SteelHeads (SH) is a platform that, simply said, speeds up connections across the wide-area network (WAN).  Riverbed solutions improve network performance and thus user satisfaction and productivity, enable storage and server consolidation into the data center by making application performance across the WAN feel like the server or storage is still local in … END_OF_DOCUMENT_TOKEN_TO_BE_REPLACED
Picture to text in Word September 22, 2014 - Today, I decided I would just take a picture of our church choir schedule so I would have it on my phone for reference.  I remembered that Paul Thurrott on his Windows weekly podcast mentioned that the latest Microsoft Lens app could do Optical Character Recognition (OCR) and put the text and/or the image in … END_OF_DOCUMENT_TOKEN_TO_BE_REPLACED

Google Glass is great, but its not what I need. I need the PPDA! September 1, 2014 - Google Glass is great idea.  The idea of having an always-on link to your Personal Digital Assistance (PDA) is appealing.  Unfortunately,  the execution in Google Glass leaves a lot to be desired.  For starters, it’s too distracting, both to the user and those around them. Questions arise such as “Is there wearer giving me their … END_OF_DOCUMENT_TOKEN_TO_BE_REPLACED

DDOS and WAFs August 31, 2014 - I found a company called Incapsula that is able to easily front-end a website to provide services such as Web-Application-Firewalling, (WAF), Caching (CND), and DDOS attack protection (Distributed Denial-of-Service).  I’ve activated it for this site, but I only did the free version since this is only a blog after all!  Still, very cool technology.  Implementing … END_OF_DOCUMENT_TOKEN_TO_BE_REPLACED 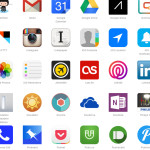 Discovering If This Then That (IFTTT) April 19, 2014 - I really like this IFTTT thing.  I’ve created some “recipes” to play with and they work pretty well.  I created one that allows me to send a SMS with a #r hashtag to IFTTT and the contents are then used to create a reminder note in Microsoft OneNote.  I found a couple others of interest … END_OF_DOCUMENT_TOKEN_TO_BE_REPLACED 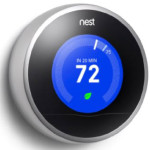 Learning about Home Automation April 18, 2014 - I started looking at Home automation today and found some great stuff out there.  I’m thinking that it would be a could home improvement that won’t break the bank if I’m careful.  I really like the idea of thermostat that can be controlled remotely.  That would be good when we’re away and we want to … END_OF_DOCUMENT_TOKEN_TO_BE_REPLACED 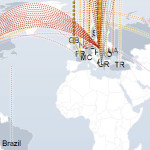 DDOS attack March 28, 2014 - The server on which I host my website had a DDOS attack against it taking it down. Lots of fun there!  Here is an interesting attack map provided by Google. 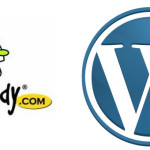 Video on How to Setup a WordPress Blog on Godaddy February 2, 2014 -

This site uses Akismet to reduce spam. Learn how your comment data is processed.